skip to main | skip to sidebar

Baby It's Cold Outside

Over the last few weeks, I've made friends with my ice scraper, realized the necessity of all-season tires, and learned a new phrase: polar vortex. Sounds horribly menacing, doesn't it? Meanwhile, my friends and family in L.A. tell me that the sky is blue, temps are hovering in the 70s and 80s, and you can even see the mountains. Just another perfect day...

When they ask me, cautiously, how I'm adjusting, I surprise them and myself by saying that I love it here in New England. Certainly, going back to work has been good for my psyche. As a naturally high strung person, I need a focus for my neurotic tendencies, and the Merry Husband is relieved that my target is no longer him. Although I am thankful that I was able to take almost six months off from work, I feel more productive, energetic, and, well frankly, a lot happier now that I have a job. Remember Dicky Fox from Jerry Meguire?

But I didn't expect to like winter. I thought I'd be miserable and counting the dark days until spring. Instead, when I wake up to fresh snow covering everything in sight, I feel like Elsa from Frozen.

The Merry Husband has been trying to temper my expectations. He says that March will be difficult. Right now, though, I'm enjoying the novelty of it all.

Unlike Ice Queen Elsa, I have to admit, the cold bothers me a little bit. Fortunately, these New Englanders are a tough breed and have developed helpful coping mechanisms.

1. Legal Sea Foods' Clam Chowder. If I could mainline it, I would. 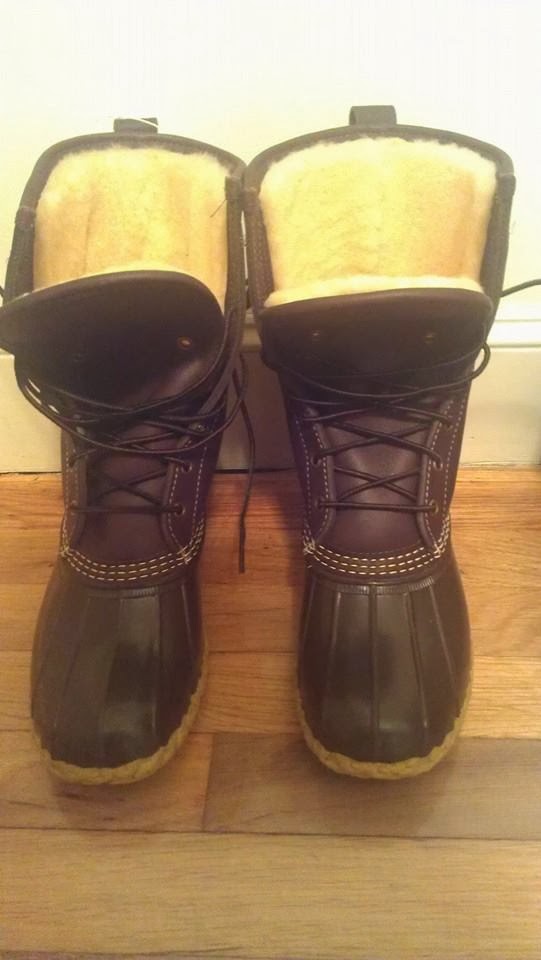 3. Running. Seriously, the runners are still out there. This is prime training season for the Boston Marathon, only 99 days away. Just be sure you wear a reflective vest. 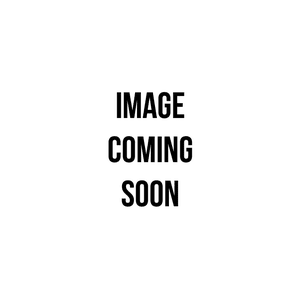 4. Alcohol. Last weekend, the Merry Husband and I stopped in for lunch at the Century House in Peabody while we were waiting for an oil change on my car. At 1:00 in the afternoon, the bar was absolutely packed. I asked the waitress if there was a special game or other event going on. No, she said. Every Saturday, people rushed in as soon as the bar opened at 11:00 in the morning to claim their seats for the rest of the day. They watched whatever was on (that day, it was Bruins hockey), played Keno, and socialized.

5. Friends. New Englanders have a reputation for gruffness. Think Bill Belichick in his cut-off hoodie.

They all seem to have been here since the Mayflower. They give directions by referencing defunct businesses. ("Turn right where that Dunkin' Donuts used to be ten years ago.") They drive with one hand permanently positioned over the horn. But once they decide that you're alright, never will you find more loyal friends. Case in point, our 72-year-old neighbor, a former highway patrolman, who insists on checking up on us at least once a week, even if that means braving his icy driveway with his cane. With friends like this, spring can wait.

We had a snow storm yesterday, which meant that I got to work from home in my pajamas, a novel experience for me. Another first: I made a snow angel. 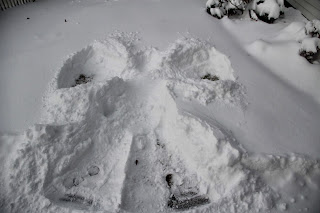 Merry Dog didn't find the snow nearly as entertaining as I did. She was too busy growling her disapproval over the snow plow guys. 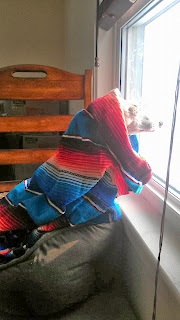 With my little front yard art installation, I've officially knocked 9 items off my Day Zero Project list. I'm making some progress on a few of the long term goals too. I've committed to running the Toronto Waterfront Marathon on October 19, 2014 (yikes). And I've started to learn Cantonese. I've downloaded an app called Earworms Rapid Cantonese, in which a very sexy sounding British guy tells you how to order a round of drinks. So far though, my attempts at communication with the Merry Husband in his native tongue have been a flop. Apparently, the Cantonese phrase for some drinks sounds a lot like the word for stupid (oops).

I hope that all of you had a very Happy New Year, and that 2014 brings health and happiness your way.
Posted by Merry Wife at 3:39 PM 11 comments:

Email ThisBlogThis!Share to TwitterShare to FacebookShare to Pinterest
Labels: 101 Things, Winter is Coming

Merry Christmas to All!

Wishing all of you a merry and bright holiday season.

XOXO,
Merry Wife
Posted by Merry Wife at 8:50 AM 8 comments:

You're Gonna Make it After All 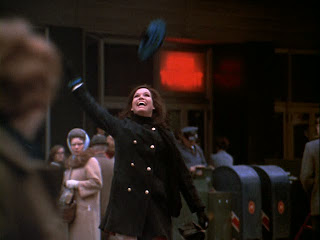 Thank you to everyone who commented on Sunday's neurotic post. Yesterday evening, I got the call from my recruiter that I got the job. Since I didn't have a beret handy, I settled for giving the Merry Husband a high five as he ran down the staircase to congratulate me.

It's been over four months since I left my job, and although I desperately needed this break, it feels good to be heading back to work. I start on Tuesday, the day after I get back from a long weekend in L.A. to celebrate my sister's 40th birthday.

This is a contractor gig, so while the pay will be more than I'm used to, I'll only be there a few months. After that, I start this whole process over again. But I am happy that I will start the new year gainfully employed. For those keeping score at home, Goal #38 has been crossed off the list.
Posted by Merry Wife at 5:42 AM 18 comments:

Email ThisBlogThis!Share to TwitterShare to FacebookShare to Pinterest
Labels: 101 Things

Lament of the (Would Be) Working Girl


I used to work for a woman who loved to interview for new jobs. After a bad day at the office, she'd go home, fire up her laptop, and send her resume out to her broad network of contacts. She thrived in new environments, and her enthusiasm invariably dazzled her interviewers. Every couple of years, she moved on to a new job and new challenges. Just last week, she packed up and moved from Southern California to Alaska. She is fearless.

I, on the other hand, break out in a cold sweat at the mere mention of CareerBuilder. So you can imagine my terror when I was asked to come in for an interview on Friday, my first in over 10 years. In the days leading up, I worried myself into red, bumpy, painful hives that covered my neck (not a good look). At night, I dreamed about everything that could go wrong - getting lost on the way, flubbing interview questions, and (worst of all) realizing just as I was shaking hands with my potential colleagues that I was wearing faded jeans and a sloppy shirt.

This last subconscious worry seemed about to become a reality as I scoured my local malls for an Interview Suit. When I graduated from law school way back in 2001, you could cruise into any Ann Taylor and pick up a navy or gray skirt suit in acetate or viscose. Pair it with a cream-colored polyester shell, throw on some sensible black heels, a good watch, and some pearl studs, and you were done. Incidentally, we were instructed by Career Services to avoid black (too severe) and pants suits (unprofessional). It went without saying that we were to wear pantyhose, preferably Donna Karan. To paraphrase Melanie Griffith's Tess, you wanna be taken seriously, you need a serious suit.

Now admittedly, the Interview Suit was no one's favorite article of clothing. As soon as you signed your offer letter, the Interview Suit retreated to the dark recesses of your closet. Perhaps you wore its sibling on your first day or pulled it out occasionally for important meetings, but soon enough, business casual reigned triumphant. Eventually, your whole look devolved until, by the end, you were wearing flip-flops on Fridays. No? Okay, I guess it was just our office then.

So while I'm glad that many of us no longer have to wear suits on a daily basis, I was irritated when I realized that Brooks Brothers (of all places) does not stock navy or gray skirt suits. The saleswoman even called into the warehouse for me. Zip, zilch, nada. I made my way over to J Crew, where a salesman told me that the store had recently stopped stocking suits altogether, but that I could still order one online. Irritation gave way to panic. Giving up my dream of natural fibers, I visited Banana Republic, Ann Taylor, Talbots, and Macy's. Still no Interview Suit.

In desperation, I tried Burberry and yet again came up empty handed. But here, an angel of a salesman whispered in his British accent, "Go to Lord & Taylor. Everything is on sale." And there, in the middle of the first floor, was an Interview Suit bonanza. Racks and racks of suits made by someone named Arthur S. Levine. Plain, no-nonsense suits in plain, no-nonsense colors. Let me tell you, relief feels like poly-blend.


All this has left me wondering if the Interview Suit is a dying breed. Perhaps the smaller stores needed to clear out boring basics this month to make room for their more exciting holiday offerings. Perhaps women have collectively decided that the old "rules" are nonsense, and that their education and experience should speak (rightfully) louder than a black pant suit. Or perhaps women aren't interviewing because of the poor job market. I just don't know.

I do know, however, that I'd really like a navy or gray suit in wool. If you have suggestions, please let me know. There is this one from Tahari, which I might be able to try on in Boston. Then again, maybe it's time to go custom with Moi-Meme.
Posted by Merry Wife at 5:44 PM 19 comments: 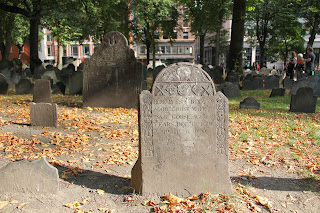 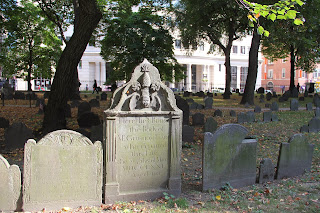 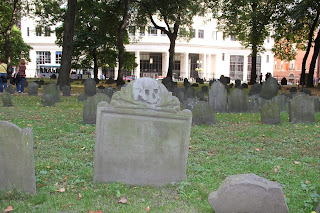 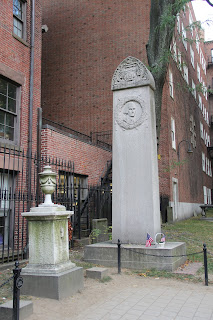 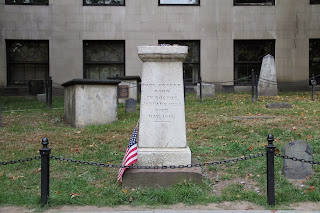 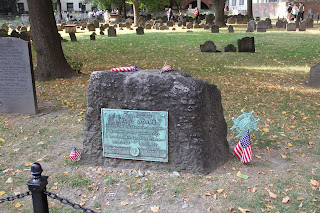 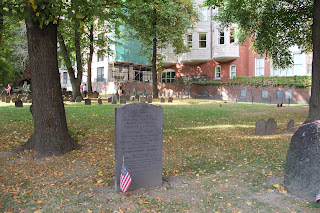 Email ThisBlogThis!Share to TwitterShare to FacebookShare to Pinterest
Labels: Fall

I am fighting off an infection and have been laid up in bed for the past several days. On the plus side, I'm all caught up on the Kardashians and the Long Island Medium. It's driving the Merry Husband nuts. At this point, I think he wants me to get well almost as much as I do.

Nothing like a few hours of watching other people's lives to make you feel like you are wasting yours. So, I was intrigued when a friend of mine mentioned that she is doing the Day Zero Project. Essentially a bucket list organizer, the Day Zero Project allows you to set goals, monitor your progress, and share your success with the website's online community. The site's most popular challenge is its "101 Things in 1,001 Days" list. 1,001 days is approximately 2.75 years and puts me just a couple of months shy of my 40th birthday. I'll keep you updated as I (hopefully) strike goals from my list.